This article was originally published on May 19, 2017 in The Guardian. 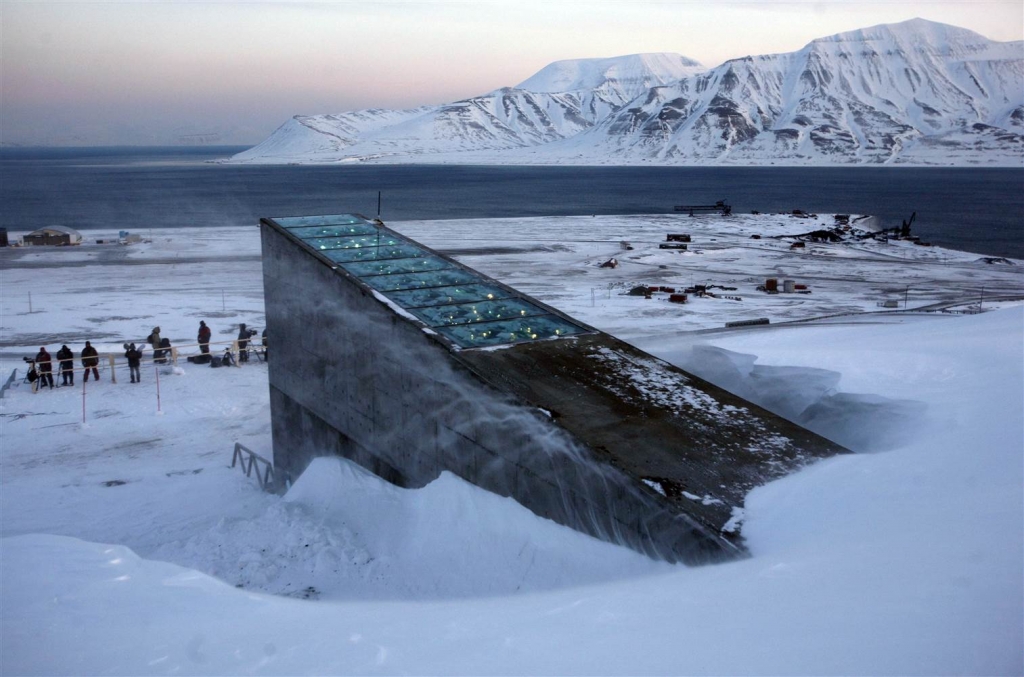 It was designed as an impregnable deep-freeze to protect the world’s most precious seeds from any global disaster and ensure humanity’s food supply forever. But the Global Seed Vault, buried in a mountain deep inside the Arctic circle, has been breached after global warming produced extraordinary temperatures over the winter, sending meltwater gushing into the entrance tunnel.

The vault is on the Norwegian island of Spitsbergen and contains almost a million packets of seeds, each a variety of an important food crop. When it was opened in 2008, the deep permafrost through which the vault was sunk was expected to provide “failsafe” protection against “the challenge of natural or man-made disasters”.

But soaring temperatures in the Arctic at the end of the world’s hottest ever recorded year led to melting and heavy rain, when light snow should have been falling. “It was not in our plans to think that the permafrost would not be there and that it would experience extreme weather like that,” said Hege Njaa Aschim, from the Norwegian government, which owns the vault.

“A lot of water went into the start of the tunnel and then it froze to ice, so it was like a glacier when you went in,” she told the Guardian. Fortunately, the meltwater did not reach the vault itself, the ice has been hacked out, and the precious seeds remain safe for now at the required storage temperature of -18C.

But the breach has questioned the ability of the vault to survive as a lifeline for humanity if catastrophe strikes. “It was supposed to [operate] without the help of humans, but now we are watching the seed vault 24 hours a day,” Aschim said. “We must see what we can do to minimise all the risks and make sure the seed bank can take care of itself.”

The vault’s managers are now waiting to see if the extreme heat of this winter was a one-off or will be repeated or even exceeded as climate change heats the planet. The end of 2016 saw average temperatures over 7C above normal on Spitsbergen, pushing the permafrost above melting point.

“The question is whether this is just happening now, or will it escalate?” said Aschim. The Svalbard archipelago, of which Spitsbergen is part, has warmed rapidly in recent decades, according to Ketil Isaksen, from Norway’s Meteorological Institute.

“The Arctic and especially Svalbard warms up faster than the rest of the world. The climate is changing dramatically and we are all amazed at how quickly it is going,” Isaksen told Norwegian newspaper Dagbladet.

The vault managers are now taking precautions, including major work to waterproof the 100m-long tunnel into the mountain and digging trenches into the mountainside to channel meltwater and rain away. They have also removed electrical equipment from the tunnel that produced some heat and installed pumps in the vault itself in case of a future flood.

Aschim said there was no option but to find solutions to ensure the enduring safety of the vault: “We have to find solutions. It is a big responsibility and we take it very seriously. We are doing this for the world.”

“This is supposed to last for eternity,” said Åsmund Asdal at the Nordic Genetic Resource Centre, which operates the seed vault.