This article was originally published in The Independent. 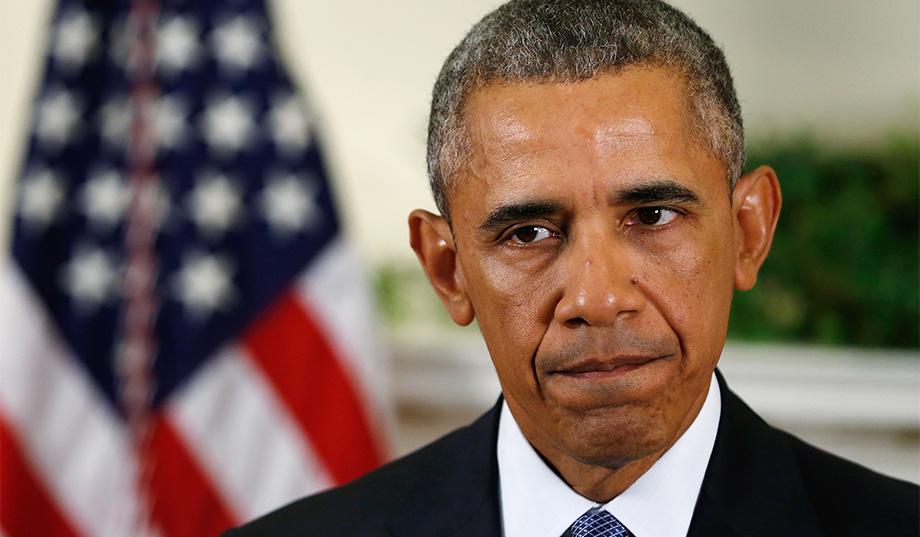 Incoming US President Donald Trump has said he will wage war on Isis, vowing to “bomb the s*** out of ’em”. And as the world gears up for a seemingly more violent four years, it is worth reflecting on President Obama’s tenure.

According to newly released figures, President Obama had already upped the number of bombs on foreign countries. US forces dropped over 3,000 more bombs in 2016 than 2015, taking the grand total of strikes for the year to at least 26,171.

This map by Statista shows you where they were: 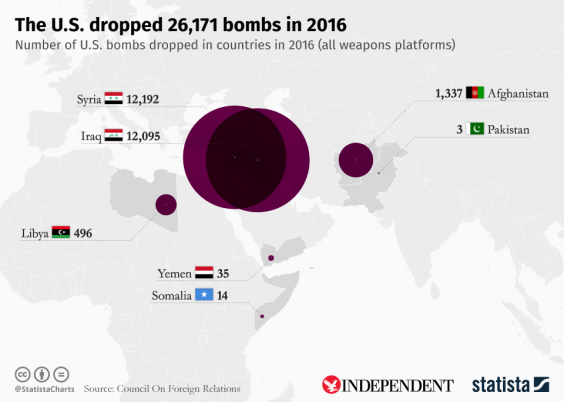 Vast majority of strikes carried out in Iraq and Syria. The figures are likely to be an underestimate, since the only reliable data only comes from a handful of countries, and multiple bombs can be classed as a single “strike” under the Pentagon’s definition.

But of the confirmed bombings, the vast majority (24,2878) took place in Iraq and Syria, according to analysis of official data by Micah Zenko, a senior fellow at the Council on Foreign Relations.

While President Obama reduced the number of US soldiers fighting in Afghanistan and Iraq, air-strikes proliferated under his leadership.

He expanded the use of unmanned air-strikes outside the confines of war-zones in Afghanistan and Iraq to countries including Pakistan and Yemen.

In the wake of Mr Trump’s win, the value of arms companies soared. He has promised extravagant military parades through America’s cities and, like many Republicans, vowed to build up the US military.

Latest from Expressions of Crisis