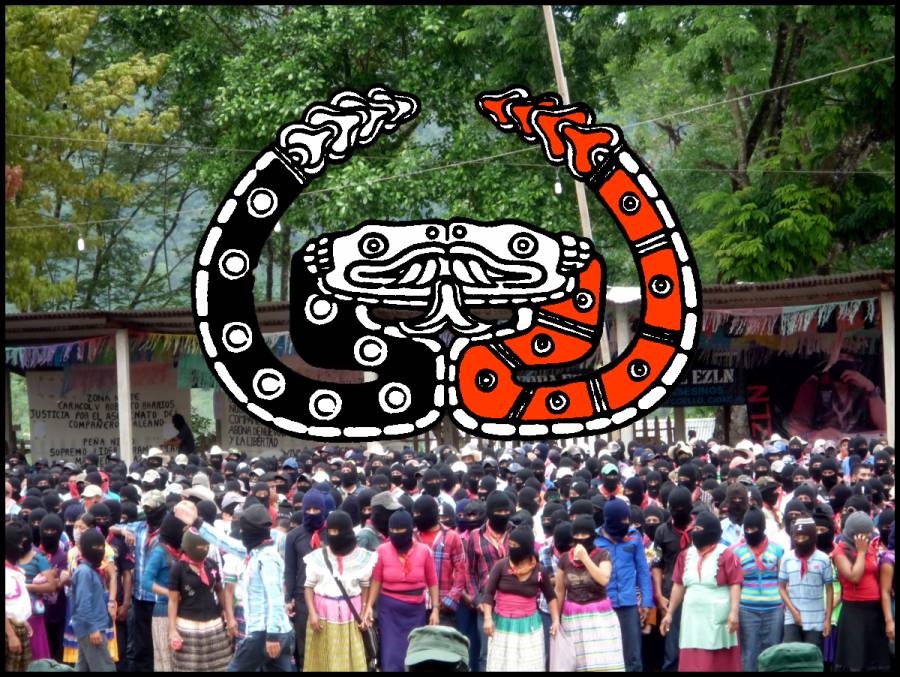 Since the publication of the proposal agreed upon by the National Indigenous Congress (CNI) and the Zapatista Army for National Liberation (EZLN) to form an Indigenous Governing Council for Mexico whose spokeswoman will be registered as an independent candidate for the presidential elections in 2018, many adherents to the Sixth Declaration [of the Lacandón Jungle] have set ourselves the task of participating in workshops, public forums, and round-table discussions to reflect upon, analyze, present, and of course debate this singular political act in its multiple dimensions, challenges, and commitments.

This is one more initiative to come out of the indigenous world, and in particular, of Zapatismo and its immediate allies, with the objective of articulating resistances from below and to the left in order to confront that storm of civilizatory import which constitutes contemporary capitalist globalization and which is expressed in the form of a recolonization and a war of conquest of territories, natural resources, disposable human beings, as well as the destruction of nature. This recolonization and war of conquest are hurtling the human species and all known life forms towards possible extinction. That is, the current struggle of the indigenous and non-indigenous peoples exceeds the frameworks of left and right, which are by now well-worn and emptied of all content, and situates itself in the dichotomous position of being for life or for death. Rosa Luxembourg, who did not live the nightmare of Nazi-fascism nor the current form of criminal and militarized capitalist accumulation, more than a century ago had already laid out the disjuncture of socialism or barbarism.

In this context, what are some of the reasons to take up as one’s own the proposal of the CNI-EZLN?:

Latest from What Is To Be Done